Cooking so that there is food left over for another meal is essentially the easiest way to cook in batches. It doesn’t have to be as rigid as ‘batch cooking’ per se and it can be done with most household favourites. At this time of the year it might be a chilli, soup, casserole, curry…. a warming meal of some nature.

However, sometimes it just isn’t enticing enough to reheat leftovers, even if it was delicious the day before. Even, when you know that you’ve cooked something nutritious and wholesome. Once you’ve had it the first time, it can be far from exciting to have it again or cook it from frozen, if it’s been stored for a period of time.

It’s good to keep things interesting where we can, not just for our own enjoyment but to vary our diet and achieve simple things like a minimum of 5 fruit and vegetable portions, or 30g of fibre per day.

So what can we do to make our left over food more interesting, while also getting the most out of cooking in larger quantities for nutritious leftovers?

Here are a few tips that I would recommend experimenting with: 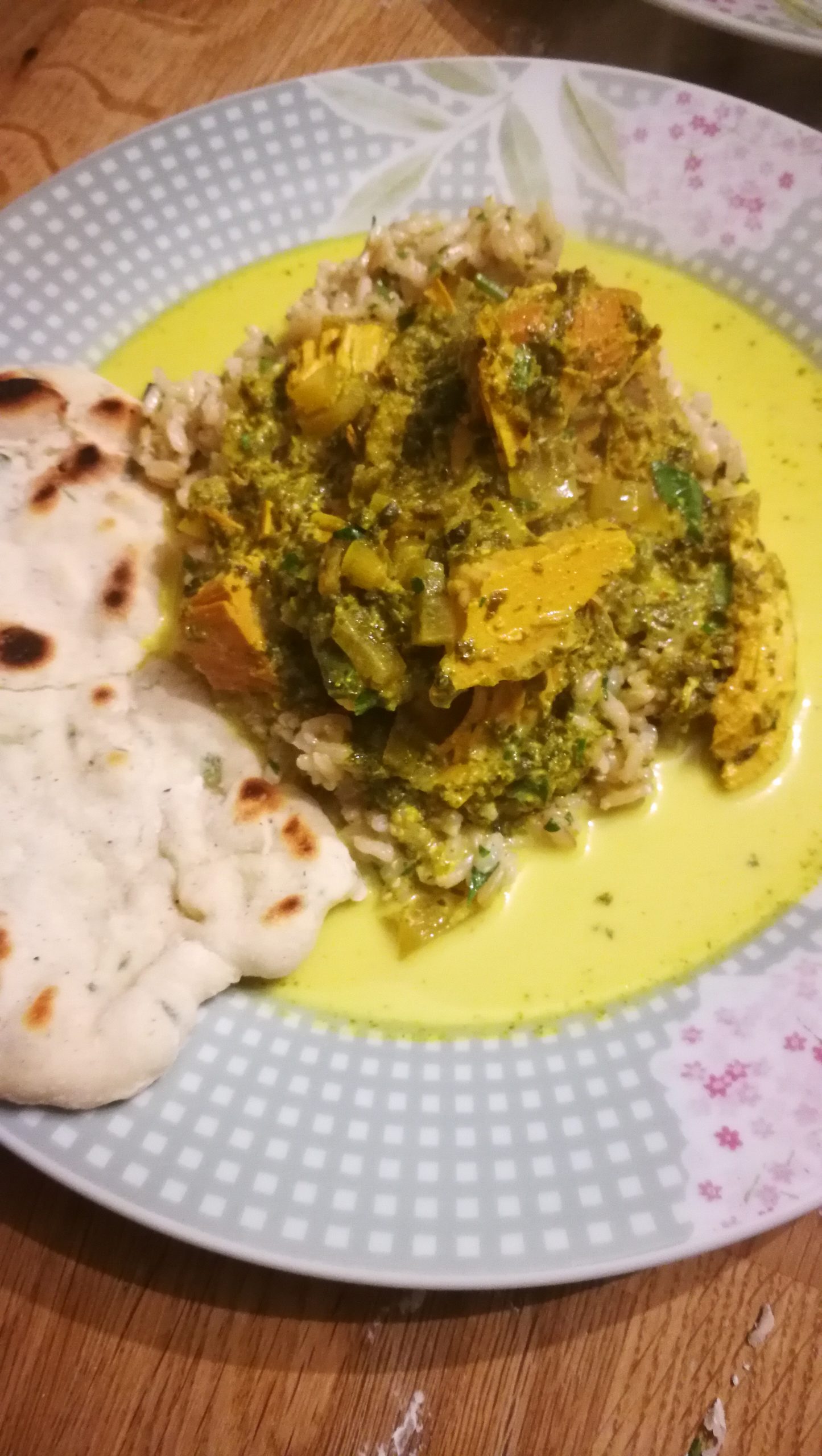 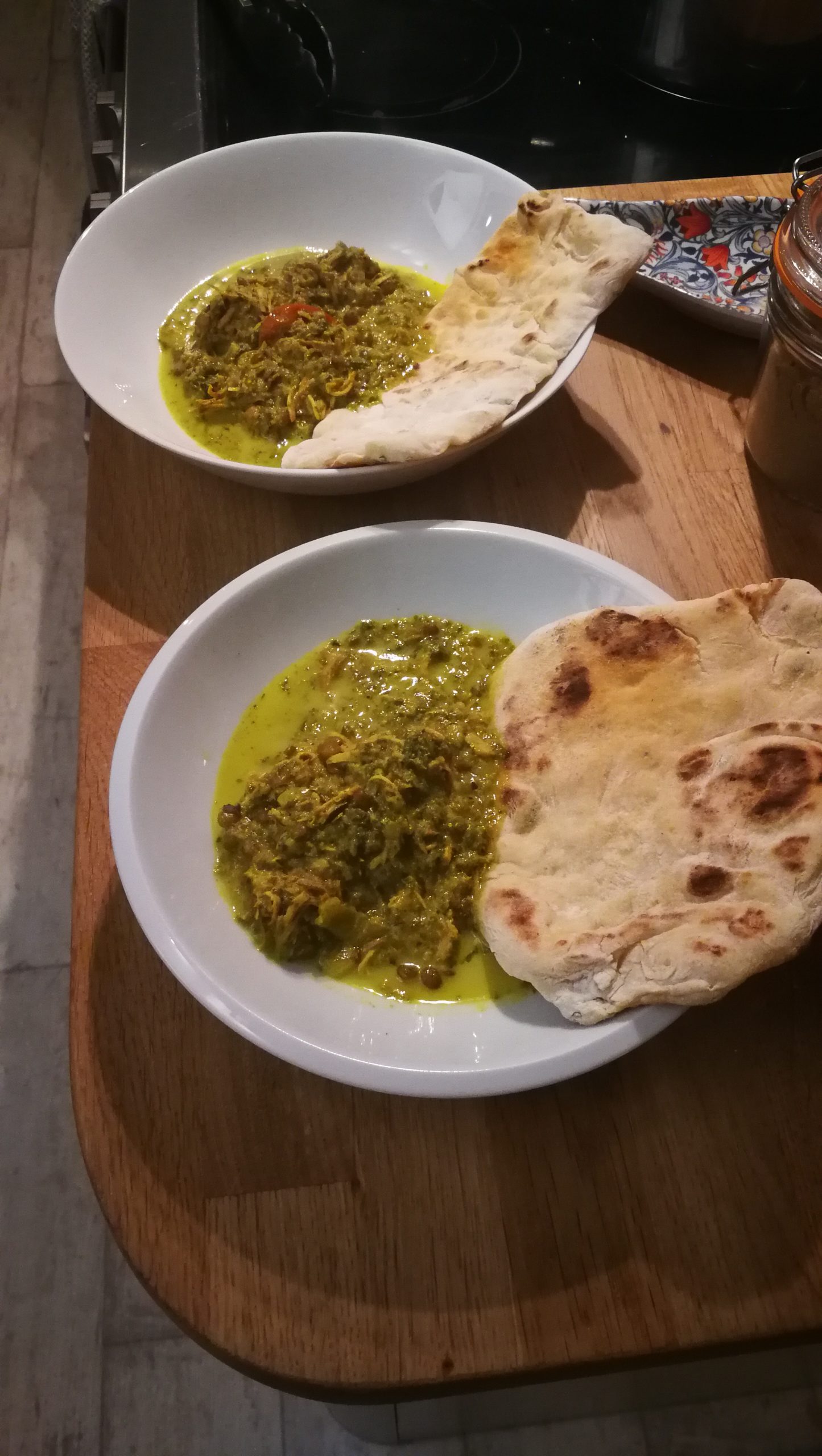 Christmas Curry with Lentils and Spinach

Christmas meats curry (turkey, duck and pheasant) with a turmeric, cumin and ginger base cooked in a slow cooker to ensure the meats were tender and infused with flavour. Pic 1 – the first curry served straight from the slow cooker. Pic 2 – I added a can of brown lentils and additional frozen spinach before serving. Not pictured, the rest was frozen in portions of two so that it can be enjoyed another day. 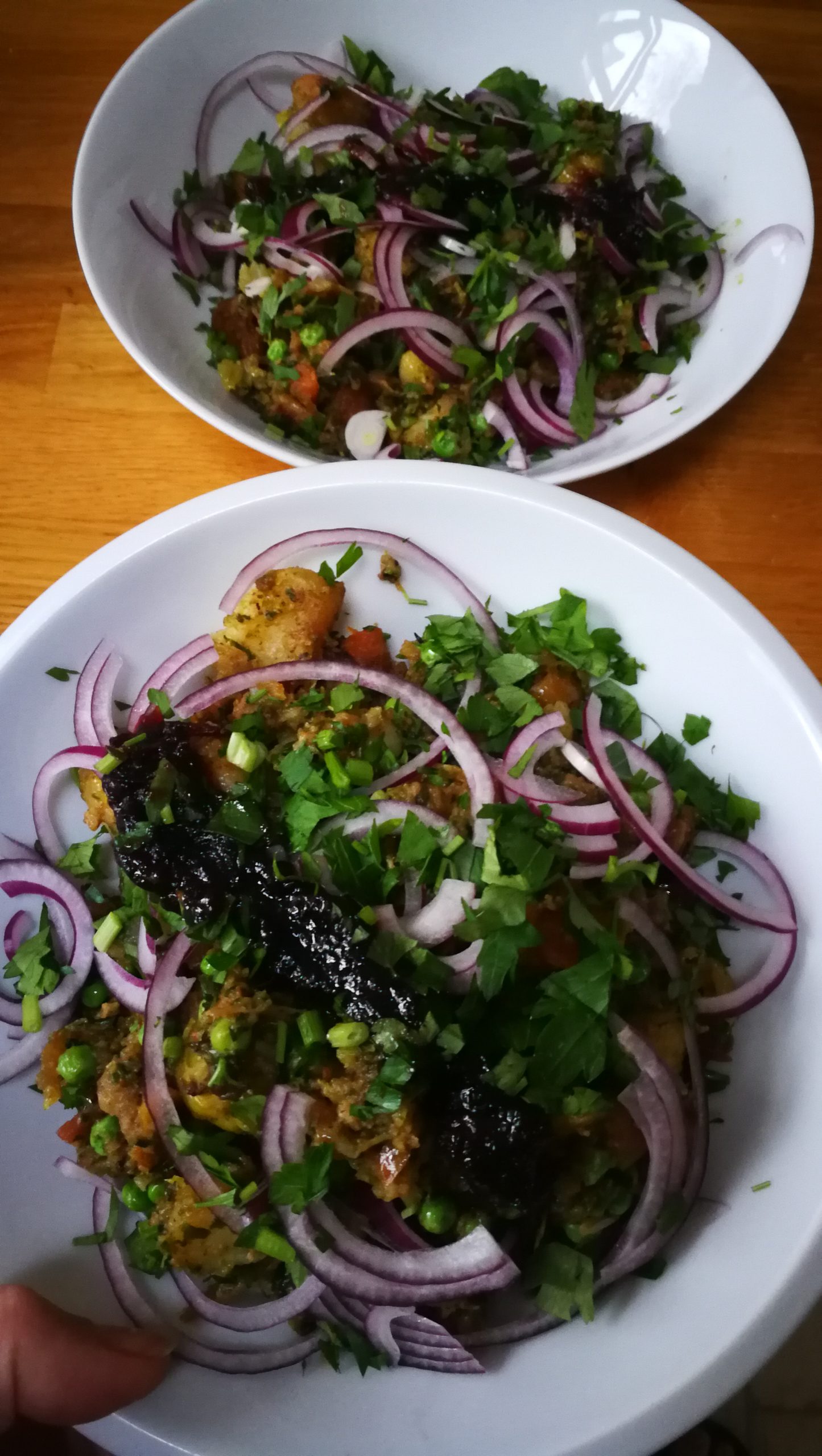 Christmas bubble and squeak – all of the Christmas vegetables (except the spiced red cabbage) and bacon was roughly mashed and fried off in a pan with no additional oil or butter – just a splash of milk. Pic 3 – served with the addition of fresh parsley, finely chopped red onion and a couple of teaspoons of cranberry preserve. A fresh and fruity twist to help lift the comforting, but slightly stodgy, bubble and squeak. 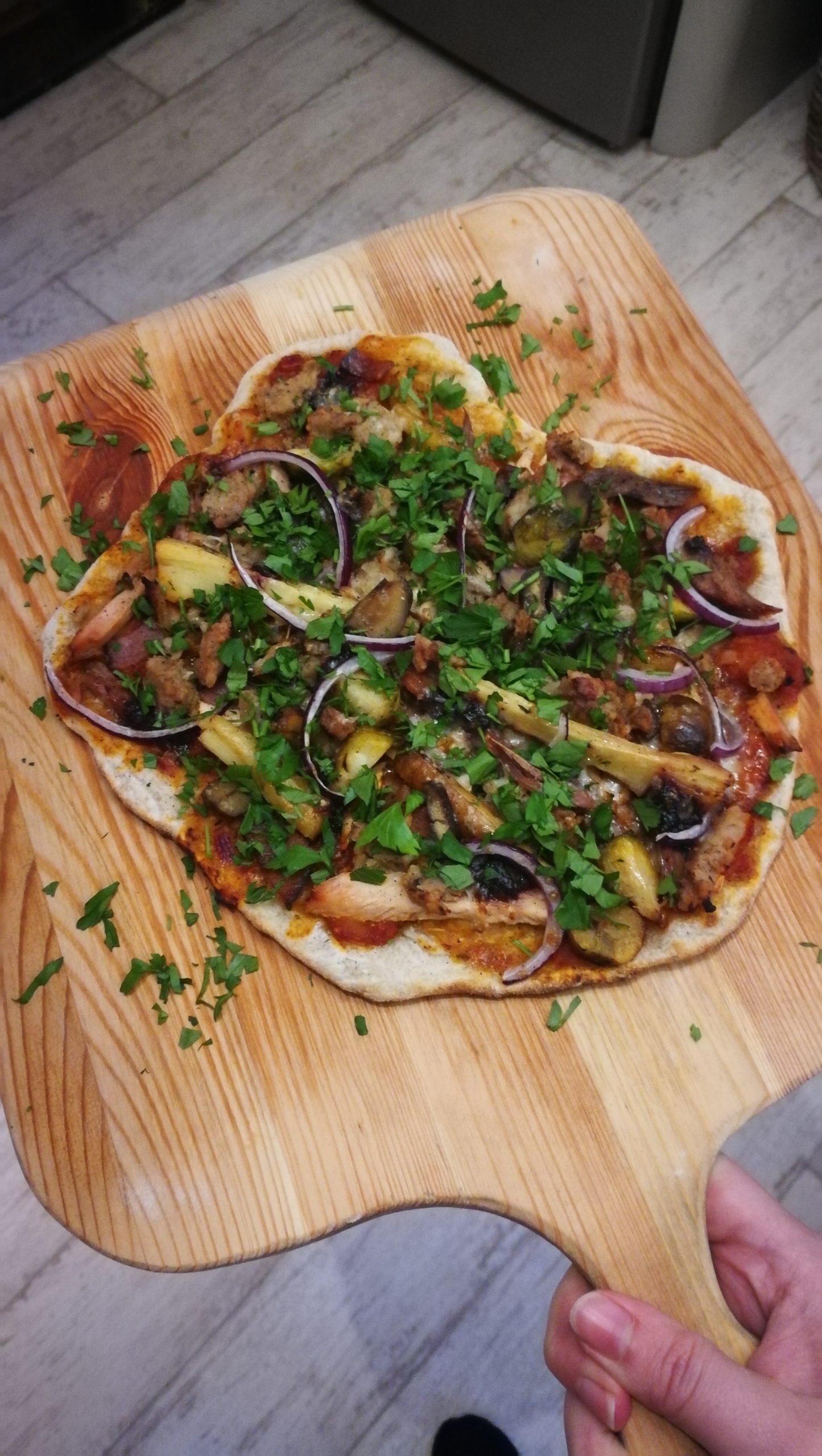 Christmas pizza – Yes, that’s right – picking out the best bits and switching it up to make a pizza. Pic 4 – there’s parsnips, stuffing, turkey… even sprouts! You can ‘pizza’ anything these days and fresh herbs (here I used parsley again) are a great garnish. 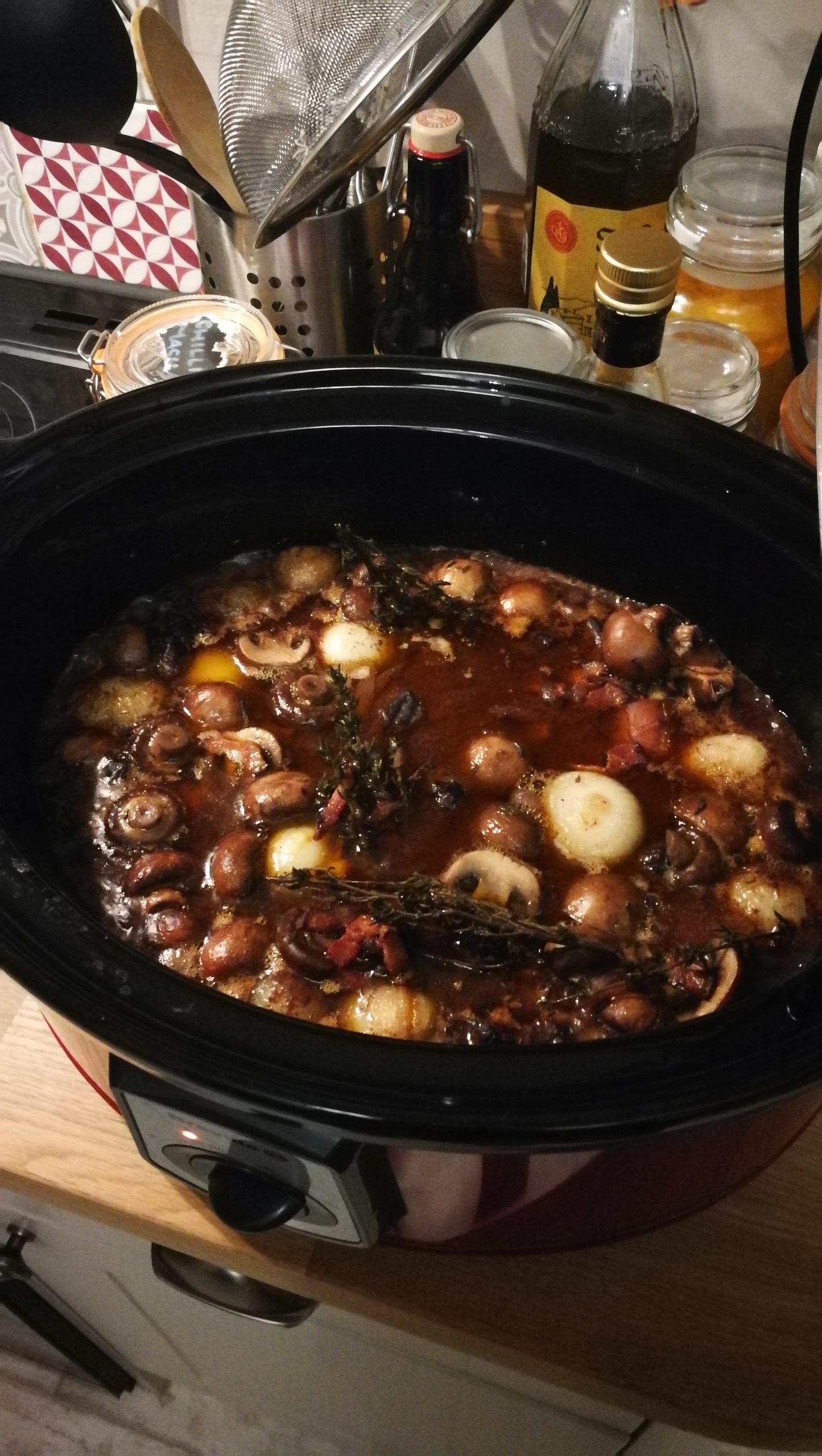 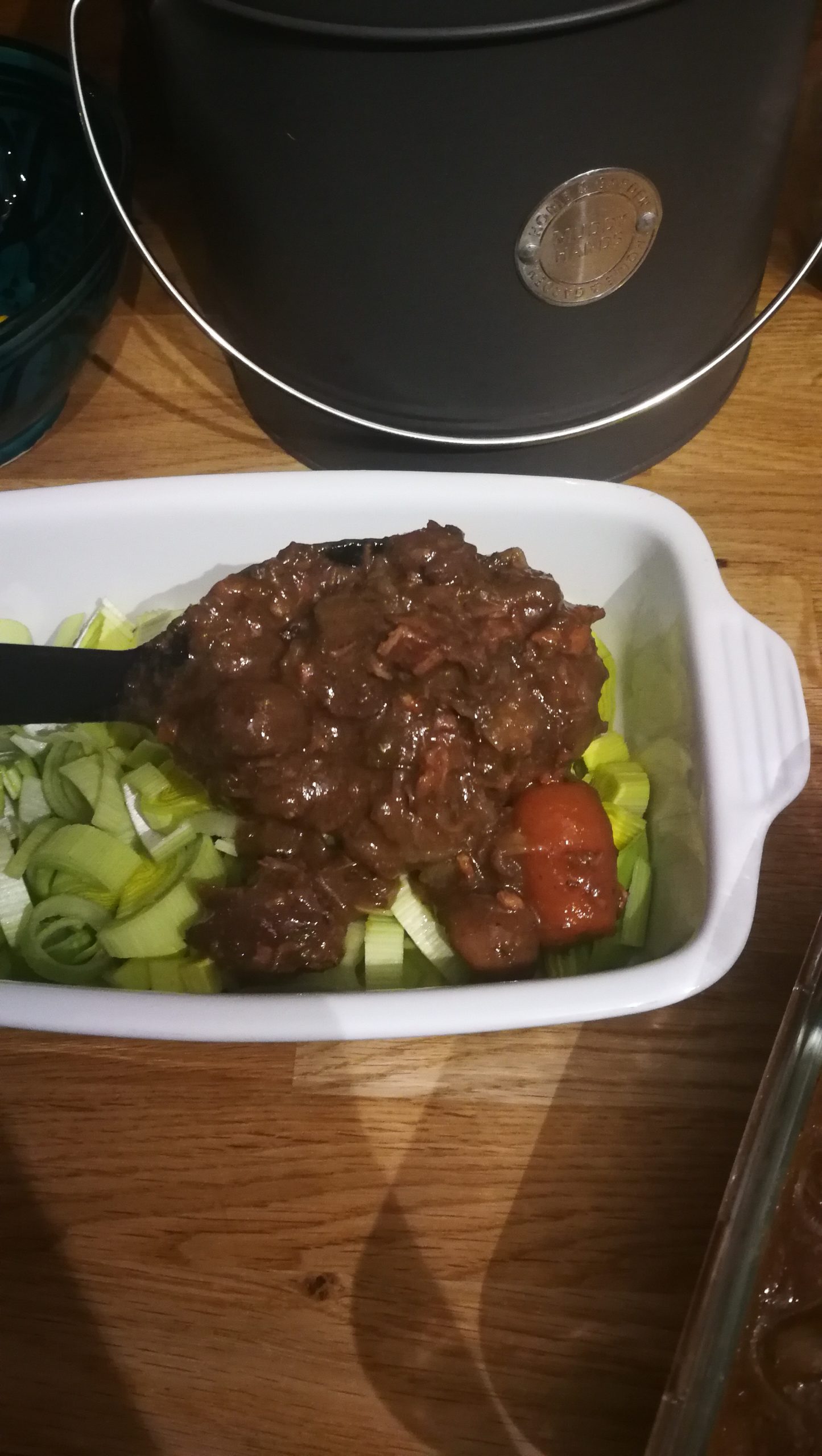 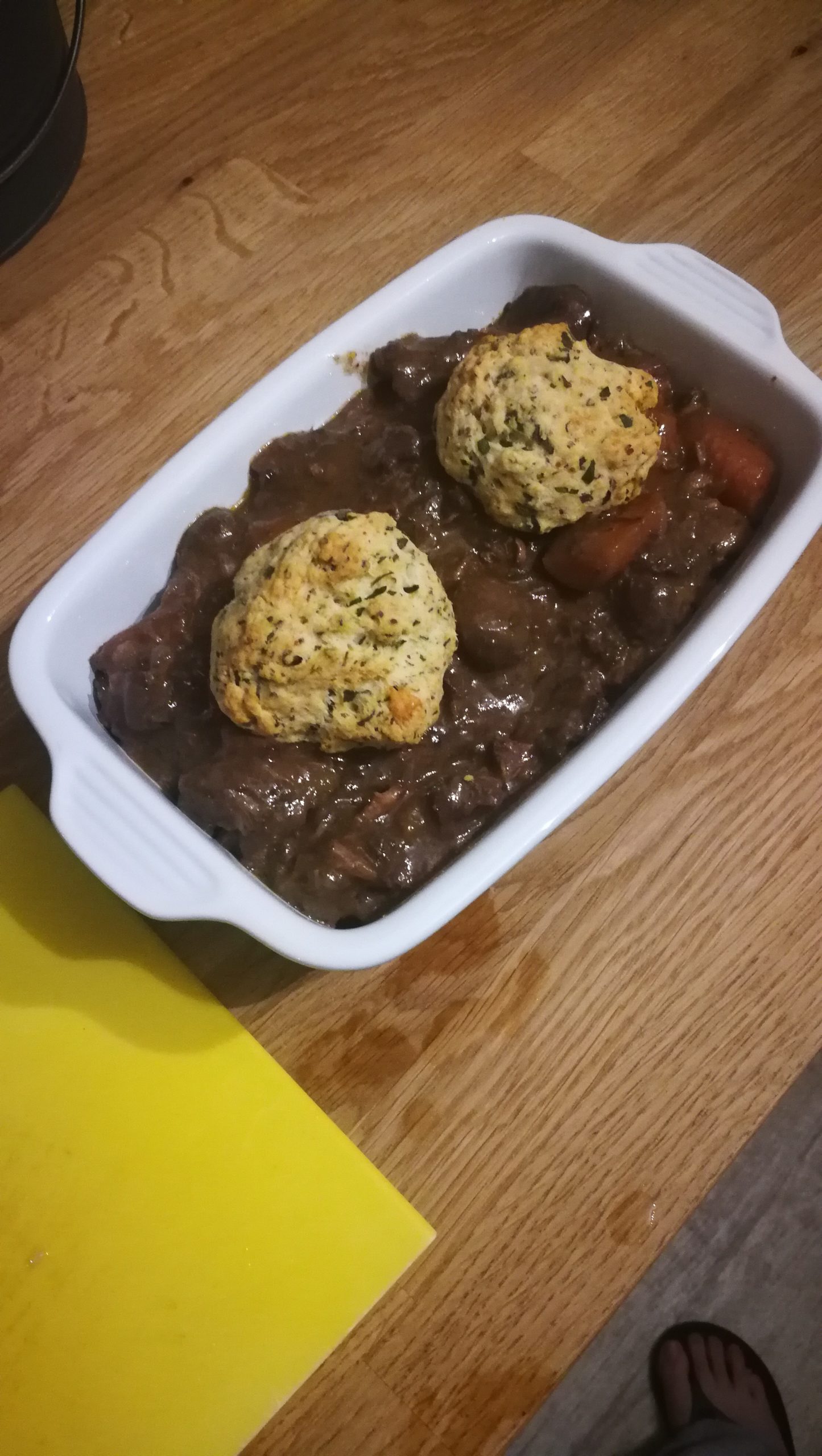 Venison and Leek Bourguignon with Cheddar and Sage Dumplings

Venison and Leek Bourguignon – after an initial dinner of venison bourguignon (Pic 5), I decided a few days later to reheat enough for two on a bed of leeks (one whole leek) before adding to the oven (Pics 6 and 7) to add a fresh additional flavour and vegetable portion to the mix.

Improving leftovers also reduces the potential of wasting food too, making it good for our nutrition, saving money (on having to replace food or simply not maximising meals to go further) and also the environmental cost, in terms of greenhouse gas emissions caused by household food waste.

I hope this is a helpful insight to take away with you for the next time you have leftovers and serves as a reminder that variety and diversity is key for good nutrition but also – to keep things interesting.